Scorpions in Georgia: Best Ways to Get Rid of Them for Good

Scorpions are some of the scariest creatures to exist outside of fiction. The only thing that makes them scarier than their appearance, is their durability and resilience.

Scorpions rank alongside cockroaches when it comes to survivability. Armed with a venomous stinger, strong pincers, and a body of armor, the scorpion is one of the most threatening and well-equipped creatures on earth when it comes to defending itself. They can even reflect large amounts of radiation, so they will likely be one of the last creatures left crawling on this earth. 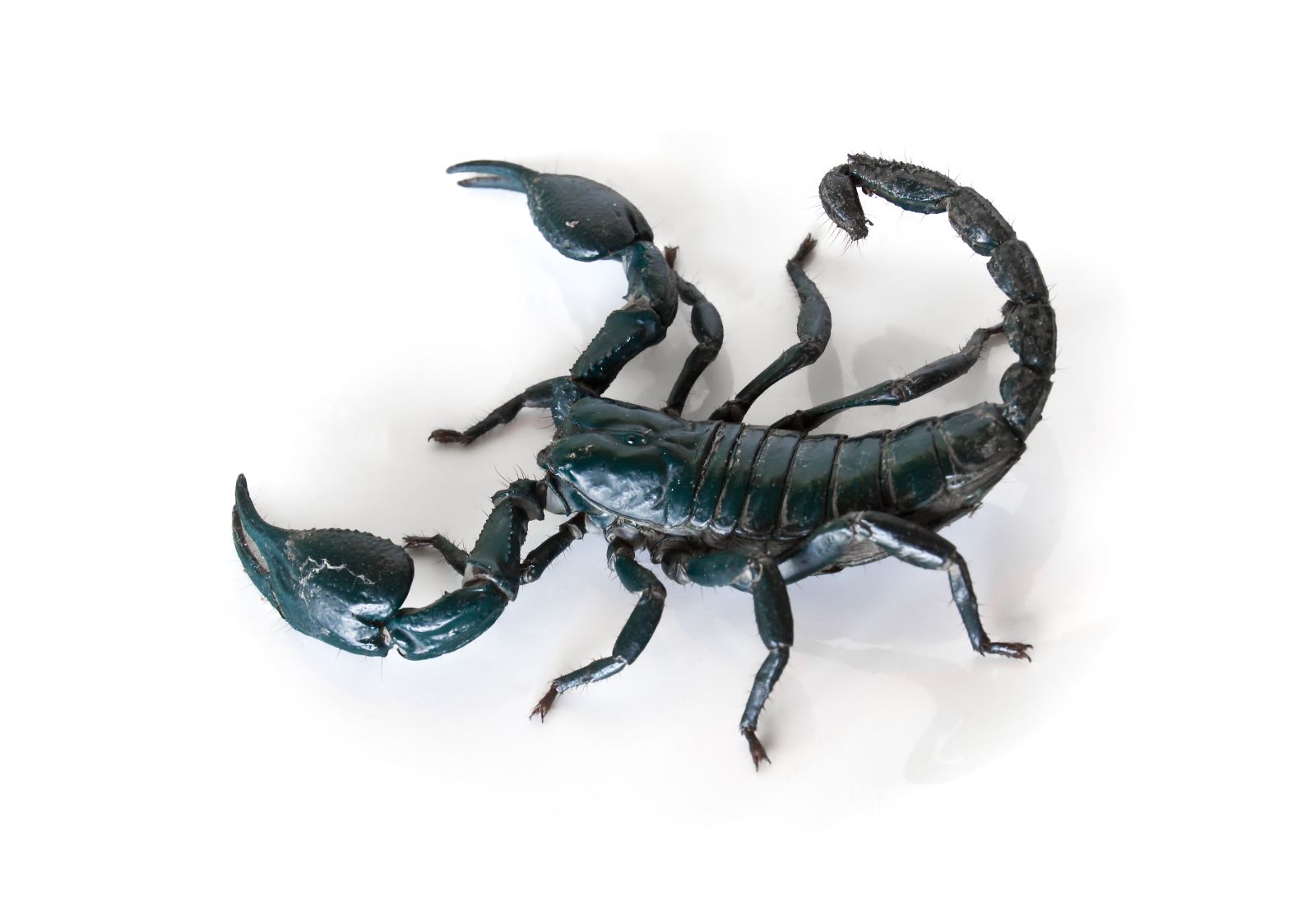 Like many other insects and pests, scorpions are likely to get into your home through cracks, crevices, and other open access points in the foundation of your home. Scorpions, though they look tough, are actually boneless. This makes them agile and stealthy, allowing them to squeeze into cracks and crevices as small as the width of a credit card.

They also love the dark. You will likely not see a scorpion out in daylight for too long as they tend to stay in the shadows and come out at night. Their eyesight is weak so they use scents and vibrations in the ground to find food and shelter, thus giving them the cover of night as an added natural defense.

Scorpions also have the ability to climb walls and other vertical objects. This makes them so much creepier, and allows them more avenues of entering your home than you may have initially thought.

How to Prevent Scorpions from Getting Inside

Scorpions are attracted to and seeking out:

Here are some tips on how to prevent scorpions from taking over your home:

Limit any excess and unnecessary moisture accumulating in your home.
This could be coming from leaky pipes, clogged drains, moisture in the air, or puddles.

Allow as much sunlight into your home as possible.
Scorpions tend not to be out in the sunlight too often and will follow dark and shady paths. Do your best to lead them away from your home.

Get rid of any food scraps and other insects from your home.
This means cleaning your floors, countertops, dishes, and sink. Scorpions love to eat flies, insects, and other bugs, so if you notice those hanging around you may encounter a scorpion soon.

Clean up your yard.
Hollow logs, piles of leaves, mulch, and any other debris in your yard could be harboring scorpions, just waiting to find their way into your home.

How to Kill a Scorpion

So we know a scorpion is tough skinned and very difficult to kill, but that doesn't mean it can't be done!

The first step in stopping, and killing, scorpions is to out where they are coming from and attack at their origin. Since they tend to reside and hangout in dark and hidden spots you may need the help of a UV light to find them. When seen with a UV light scorpions will glow.

We don't recommend you try to fight a scorpion yourself, but if you're looking for a battle with one you should make sure to wear protective clothing. Wearing long sleeves and pants, with thick gloves, will help you keep the venomous stinger from coming in contact with your skin.

You should consider bringing something with you that will keep the scorpion at range, but also hold it still. This could be anything from tweezers, to tongs, to a couple of sticks.

To fatally harm the scorpion you should use a sharp knife to pierce all the way through the scorpion.

Warning: Even when the scorpion is dead the stinger can still puncture the skin and poison you.

Other methods to consider when fighting against scorpions:

How to Best Treat and Remove Scorpions